First, I thank WordPress.com for keeping my page alive when I had almost abandoned it myself. I had been so lazy that I could cook during lockdown but couldn’t write.

Re-launching myself in a 2.0 version. In the times when people half my age are creating content and making millions, I hope to just polish my writing skills and develop this hobby while secretly wishing to become a published writer and get invited for a TED Talk. Sigh!

I am quite sure most of you have had a chance to use an elevator.Sometimes you must even have had company. When it’s friends or family, the ride is smooth but when it’s just an acquaintance, an inquisitive neighbor, a total stranger or a dog or something… *AWKWARD*.

It is usually a smile (or half) and then the only noise through the eerie silence is that of the elevator itself. You do not even know whether to look around or just freeze for what seems like eternity.

And those days when the elevator is tad too full and people do not know the elevator etiquette. I mean, inhaling others’ fumes isn’t enough that people chose to speak inside an elevator. Then there is this awkward confusion to deal with while letting the “deboarders” get down before the automated door shuts.

For a half-claustrophobic-half schizophrenic like me who is lazy enough to not take the stairs but also sh*t scared with a strange fear that the elevator would fall off. Just get cut loose while I am in it. I have such thoughts if I am in an elevator for more than 10 seconds.

Do you have such elevator moments???

​The truth is that nobody likes the truth.

Why is it that when you speak the truth and nothing but the truth, more often than not you are blamed for being a mean ass! Is being honest THAT bad? Don’t think so.

Yep that’s right. It’s not too bad to be an ass. If you’re an ass by default, that’s too bad. But if it’s a conscious effort, that’s pure fun. I think I am going to develop that as a hobby.

Being an ass saves you from judgement and the trauma it accompanies.

Being an ass, people never ask for your “honest” opinion and waste your time.

Being an ass you get to do all that YOU like without anyone’s approval ’cause an ass gives no ass to what others think.

Being an ass, you help people hear what they truly deserve to hear.

Being an ass, people don’t really like messing with you.

Being an ass, when being nice only makes you land on your face and in filth..

Things get tough when you have two younger sisters who are way forward on the fashion front and have a PhD in making faces when I am spotted in T-Shirts or casual jeans at parties.

I always run away from the “F” word saying “My fashion is to wear what makes me comfortable”. Later I buy 6-inch stilettos and all these accessories and feel worse. I go ahead and read fashion magazines and feel worse. The stuff I buy is not put to use and I feel worse again

But, I shall never stop trying (and failing..)

Fashion is for standing out but elegance is to be remembered.

That’s what they say!

The feeling of being at the railway station turns me into a small child. Till date, I can’t stop myself from being lured by the magazine vendors and the Higginbothams stall even if am there to pick someone up.

Traveling by trains has to be one of my favourite things to do. Its fun 🙂 Sometimes the trains are shabby and far less bearable but I don’t care as long as I get the window seat.

There is something very Indian about traveling by trains: the view – brilliant (mostly), the sounds (or noise?), the food (well..!) The vendors (selling duplicate CDs) and the co-passengers (including the creepy ones).

Few things I do not miss while on a train:

* reserve the window seat for myself
* climb to the upper berth for no reason
* throw a coin whenever the train crosses a river
* munch something or the other
* look for every curve the train takes and smile at it. Don’t know why.

It’s the journey that’s more important for me.

One more thing off my bucket-list. Getting a tattoo. This one was more like a childhood dream (LOL). Well, may be that’s why I got two (to be read as one). Oh, what a feeling it is to finally get that ink. After thinking over a hundred different things that I would definitely love as […]

All my life and still, I wait for my first tattoo. I have at least zeroed upon what tattoo I want but am just waiting to be INKed. Of course, there is nothing like the right time for something you always wanted to do and yet I wait, all braced up. Perhaps I am excited about the excitement itself. Yes I am.

Watch this space for something ultra-cool coming up very soon..

One of my many unreasonable fears is the Fear of using a Public Toilets. I don’t know if it is an actual fear or just panic about the hygiene issues or a shy bladder syndrome or some phobia or some.. whatever.. It makes me nervous. Nervous that I’d faint or puke at the stench or […]

I am not writing a review of any sort. Nor am I going to say anything that has not been written about this movie before. Of course a movie of this stature is beyond any mortal’s reviews or comments. This movie is pure class. To be honest, I hadn’t seen Sholay before now. I knew the plot, seen it all in bits but never wholly. Maybe, only for the reason that someday I’d watch it on the big screen. A generation has passed since the movie’s first release. It was about time history repeated itself. And it did, without losing any lustre. The most impressing 3D film I have seen.

I could barely hold my excitement right from the first frame. Each scene, each dialogue, each character has become a legend and to watch it all on the screen was just something!! I was jumping in my seat when ‘Gabbar Singh’ came in with Kitne Aadmi They. No one, and I mean no one, can ever instill fear the way Gabbar did. His laughter, his tobacco stained smirk, his side-kicks, practically everything is a highlight. And also, how often do you get to see something on-screen like ‘Introducing: Amjad Khan’

Coming to Jai and Veeru, the two handsome and badmash outlaws are the epitome of friendship even to this day. Yeh Dosti Hum Nahin Todenge is an anthem for friends, young and old. Actually each song stands out for its theme. I am sure even if you haven’t seen the film, you already know the dialogues word by word. What’s interesting is that these dialogues and characters have transcended to be so relevant in so many situations (nothing beats quoting a movie’s dialogue in real life situations). My favourite, of course, is ‘Tera Kya Hoga Kaalia’ and ’Itna Sannata Kyu Hai Bhai’.

There is nothing mesmerizing about it yet I am awed. It’s not a magnum opus but it defines Indian Cinema. It is not glamorous and yet it is a multi-starrer blockbuster. This is what bollywood cinema should be like, but rarely is. It is a film my father watched as a kid and now it was pure privilege to watch this film in the theatre with him.

1) Blog often. When I logged in this time, I was expecting something like ‘Account deactivated’ LOL. If only I could kick myself for being so lazy.

2) Be more organised. Wardrobe. Book-shelf. Folders on my PC. Head. Routine. Everything needs some strict rules now. Need to give some time to myself. Sounds cheeky but yes, its high time.

3) Work out. Sneha, you are one hell of a fat-ass. Get it moving. NOW. Aim is to lost at least 5 kgs this year (without putting on any further, that is).

4) Check the temper. This will perhaps take some more time and discipline. But it should get it in line. It should and it will. 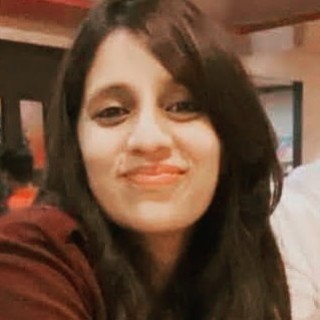 This blog is just a tiny bit of what the inside-of-my-head is like.

Back to top
Sneha
Blog at WordPress.com.
Loading Comments...